Imi Lichtenfeld, creator of the Krav-Maga, was born 26 of May 1910, in the city of Bratislava, at the time part of the Austrian-Hungarian empire.

In order for us to understand the Kav-Maga, it is ectremly important that we comprehend also the man who created it

In his youth in Europe, Imi sttod out as a skilled and extraordinary athlete who came to practice various physical modalities, each completely different from the other and yet he was able to perfect himself in all of them. It was this diversity blended with his inspiration to perfection that allowed him to create a martial art as complex and complete as the Krav-Maga.

Imi worked in the circus as trapeze artist and knife thrower. He was an excellent swimmer. It had one of the biggest and best Waltz schools in the city of Vienna, then the cultural capital of Europe. He was European heavyweight champion of Boxing, European Greco-Roman wrestling champion, besides being black belt holder of Judo and Traditional Japanese Jujutsu

During World War II (1939-1945) Imi joined the Czech Legion, which was part of the British Army and fought against the Nazi forces. At the end of the war the Imi’s unit was in Egypt and Imi, as a proud Jew, decided to travel by train to Israel and join the Jewish resistance there, which was still struggling for the independence of their country.

Upon arriving there, Imi quickly discovered that his abilities were extremely valuable to the young warriors of the Jewish resistance. They had very few guns, and when they were able to get some rifles or pistols, they usually had no ammunition. Thus, Imi began to develop unprecedented techniques of how to eliminate and neutralize enemy soldiers using the hands, sticks, knives, ropes, and so on. And this is how the Jews gained their independence and their country in May of 1948.

At the end of the war of independence and with the founding of the State of Israel, the IDF – Israel Defense Forces were also created and Imi became “Chief Instructor of Self Defense & Physical Preparation for Combat” (his official title in the Israeli army) and remained in this function until his retirement from the army in 1966.

After his retirement, Imi decided that the time had come to realize his old dream – to create an unprecedented Israeli martial art, dedicated exclusively to self-defense.

To do so, he opened two dojos in Israel, one in the northern city of Natanya and the other in the central city of Tel Aviv.

Imi trained ten students in these two places, five in each city, and gave the black belt only to these ten students.

In the year 1977, on September 19, Imi founded, together with his most graduated student, Yaron Lichtenstein, the Bukan School of Krav-Maga. Imi’s vision in creating Bukan was to create a sanctuary and a temple for his martial art. In his greatness, Imi understood that on the day of his death people, each for his own reason, will alter, cut and maim the original Krav-Maga. Bukan’s mission then is to preserve, maintain and protect the true and only Krav-Maga, thus keeping the legacy of the Imi alive for many years.

Imi died in the city of Netanya, where he lived most of his life, on 10th of January 1998.

We, in Bukan, forever continue the struggle to keep the soul of his martial art kicking and punching. 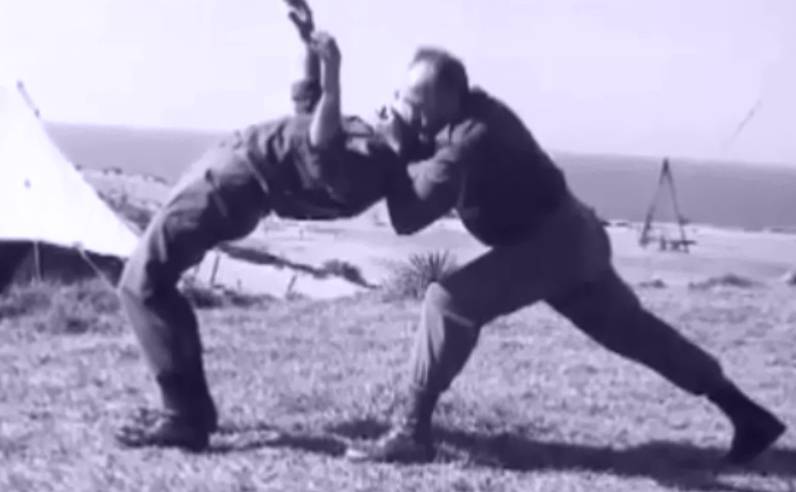