Bukan School of Krav-Maga was founded in 1977, in the city of Rehovot, Israel, by the creator of Krav-Maga, Imi, and his most graduated student and professional heir, Yaron.

Today, Bukan operates in 14 countries spread across 5 continents, with thousands and thousands of students in more than 110 cities.

Since its foundation, the sole purpose of the School was to maintain, preserve and protect the Original Krav-Maga, as created by Imi in Israel, without any change or cut.

Bukan is not a federation, confederation or association, but a SCHOOL of Krav-Maga. In the view of its founder, Bukan is at the same time the eternal temple of the Krav-Maga, as the Shaolin is for the Kung-fu, and on the other side a sanctuary of the original way, just as the Kodokan is for the Judo .

In addition, because it is not a regular sport activity, but a martial art, Krav-Maga, according to its creator, should never be organized in the form of association or Federation.

Additionally to the regular classes at our dojos all around the world, Bukan operates and carries out its main purpose of maintaining the original creation of Imi in various spheres:

1. Each year there are several instructor courses taking place in the world, with the aim of increasing the number of active and qualified instructors and, consequently, the number of practitioners.

2. Special trainings in all the countries where we have students and instructors, with the aim of always increasing the level of the practitioners, improving their knowledge and movements.

3. Conducting graduation trainings and promotion of ranks. Imi never believed in conducting exams and tests. Therefore, he determined that in the Krav-Maga the students’ graduation will not be made through examination, as it is usual in many other modalities, but through special training in which the student will train with the teacher and pass all the material.

As in Bukan we follow the original way of Imi, creator of the Krav-Maga, also our uniforms and graduations go according to his beliefs. Imi was a great admirer of the creator Judo creator, Professor Jigoro Kano, and decided that in Krav-Maga we will also use white kimono (judogi) and the same system of bands, from white to black.

Thus, he also determined the minimum time between each belt: 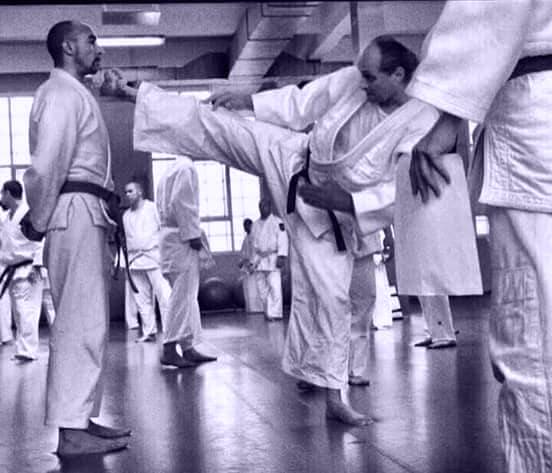